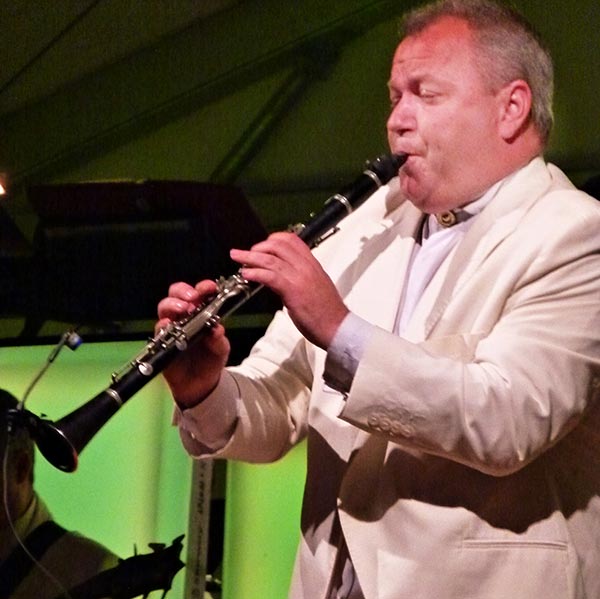 Juanjo Rocha Montané, entered our formation in which the Maravella celebrated the 50th Anniversary, in 2001. He to the orchestra performs the task of instrumentalist of Saxo Baritone, Clarinet, Flute, Piccolo, Violin, Voices and Tible (typical Catalan instrument).

Lover of Music and Catalan traditions. He started studying gralla (typical Catalan instrument) at the Grallers School in Sitges, his hometown, with which he maintains a strong personal and musical relationship, although he currently lives in Salt (Girona). He has always been interested in the music of Cobla, Banda and Big Bands, and in his musical influences highlights his idols, the Flautist James Galway and the Saxophonist Arno Bornkamp, ​​never forgetting Disco Music of the 70s and 80s!

In the moments of leisure he likes to enjoy and be with the people he loves, the action television series, and spend hours researching and recovering Music of the last century in Catalonia.

He remembers with sympathy the season played with Baritone Sax "La Vie en Rose", where his performances were so strong that as he says "... I destroyed ... until 6 pants!"