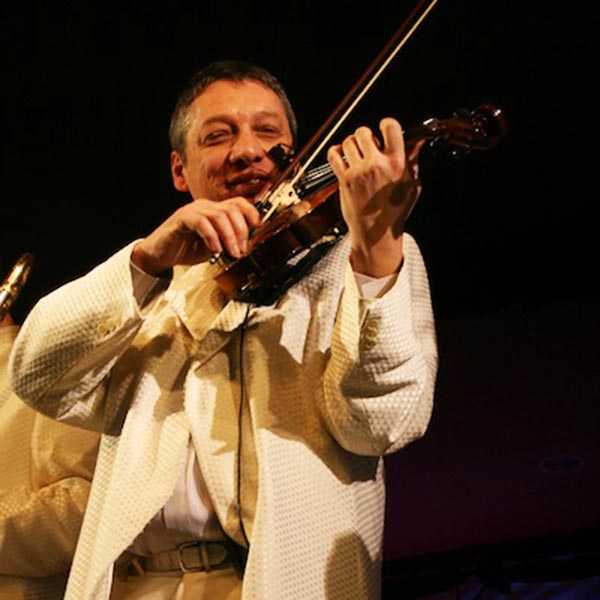 As a child, he left his native Terrassa (Barcelona), to go with his family to Guatemala (Central America), where he spent many years. Hence come his musical influences of South American folklore. And also, the domain of instruments as characteristic as the "Charango" or "Cuatro".
He likes to play chess, and one of his passions is to collect musical instruments.
A fact of the most "curious" that have happened since he was part of the orchestra, was not on the stage but in the course of a football match, we faced the Maravella with the people of Sudanell, within the Celebrations of the "50 years of Maravella in Sudanell". In the warm-up came a ball, with bad luck, who made a bad gesture when kicking broke his foot! A celebration that, as he himself says, will never forget!